Do you have a young saver? Teach your kids how to make their allowance go further with high savings rates. Show them how their pennies add up (with interest) and watch their savings grow faster than in the piggy bank. If your child is 13 or younger, they will automatically be enrolled in The Hometown Kids Club!

A tough job a parent will face is teaching their child to be responsible with money. It’s a good idea to start educating your kids early, so that they can carry those lessons through the rest of their life. Good saving habits have no age limit!

Below are 10 easy ways to teach your children to manage and save their money, from toddler to young adult.

Starting early can make all the difference when it comes to teaching your children to save. It won’t always be easy, but if you want your children to make smart financial decisions in the future, taking the time now will be worth it! Shoreline Hometown Credit Union will be here to support you the whole way.

All rates are subject to change. Effective date: September 1, 2022

All rates are subject to change. Effective date: September 1, 2022

Interest on all accounts is accrued average daily and all rates are subject to change. 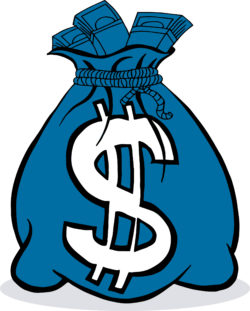 The term money, well, it’s hard to say exactly how old it is. When you research the term you can find out that payment of some kind was used all the way back to 2200 B.C.! But the money that they used back then is not the same that we use today. Early forms of money included shells, stones, beads and fur. Below are some fun facts about the History of Money that we would like to share with our Hometown Kids Club members.

Did you ever trade baseball cards or marbles? Two average marbles for one great marble is considered a good trade. Well, that was how people bought things in the past. If you were a farmer, you would trade your corn with a shoemaker for shoes. The shoemaker would offer shoes to a butcher in exchange for meat. This concept of trade was called bartering. This eventually got to be rather difficult.

The beginning of money:

If I went to the shoemaker with my corn and he already had enough corn, then I was out of luck. I couldn’t get a pair of shoes. To solve this problem, the next logical thing to do was to develop a type of system that anyone could use, all of the time. This invention, so to speak, was our current system of money.

The first coins date back to 700 B.C. by the Lydians, a group of people that lived in what is now Turkey. Coins then spread to Greece and Rome. But the worldwide use of paper money and coins took a long time to occur. Even into the early days of the United States, bartering or trading was still a popular way to exchange goods and services.

Before the early settlers won the war that created the United States there was Spanish, English and French money used. But, in order to pay for the war, we needed to develop one common currency for all the colonies. In fact, the famous Paul Revere designed the first coins for the “Continental Currency.”

After we won the war and the new U.S. Constitution was ratified, Congress passed the “Mint Act” on April 2, 1792. This established the coinage system of the United States, and the dollar as the official U.S. currency. In 1793, the Philadelphia Mint produced the first coins!